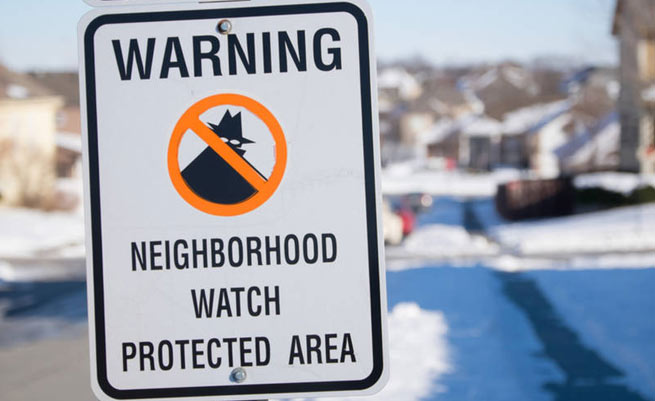 BAYSIDE, QUEENS -- An app that offers homeowners a voice-activated alarm system will soon allow some New York users to report and monitor neighborhood crimes on an interactive map. Oh yeah, and it's all free.Sound too good to be true? Michael Hartofilis, the app's founder, claims it's not - and Bayside residents will be among the first to test it out.Hartofilis recently launched Howl, a voice-activated home alarm that synchs up to users' smartphone, Amazon Alexa or Google Home. Say the words, "Alert pack" - or tap and hold your phone screen in the app for three seconds - and the alarm will sound, sending a smartphone alert to your hand-picked "pack" of friends, family or neighbors that can reach you quickly in an emergency.While the app itself is available to anyone with a smartphone, a few select neighborhoods are piloting an extra feature: Community-wide "Neighborhood Watch" maps."It's an interactive map that can connect neighbors," Hartofilis told Patch. "If I see something, I can record it or take a picture of it and stamp it on the map."

A sample of how Howl's interactive Neighborhood Watch map would be set up. Howl plans to launch the maps for Queens, Long Island and possibly Brooklyn by June, but is first testing them in select neighborhoods like Bayside, Hartofilis said. The company is creating "Neighborhood Watch" Facebook groups to gauge community interest and build an audience for the maps."It's a neighborhood watch platform that we hope to provide to every city, but it makes sense to start in the communities we know," he said.Bayside was a natural choice for that. Though Hartofilis now lives in Long Island, he has ties to the Queens neighborhood. He and his wife lived there for a short time after college, and his parents still do."We want to give every Bayside resident access to this tool," Hartofilis said.He's had little trouble recruiting residents. A week after its launch, the "Bayside Neighborhood Watch" Facebook group already had more than 120 members. Hartofilis expects the group to amass 1,000 members before the interactive map even launches."People like the idea of having an interactive map, and they've been looking for something like it," Hartofilis said. "We've gotten a great response."The map's success depends on it. Without people to post the crimes happening in their neighborhood, it would essentially be useless, Hartofilis admitted.Until the interactive map fully launches in June, Hartofilis start by posting weekly crime maps to the Facebook group using data from the NYPD's website. Members will also get Amber Alert notifications and information on Level 3 sex offenders in the area, he said.Hartofilis hopes the Facebook group will gradually draw members to his app, but said it will still stay up after the new map's launch."(Members) can still receive updates from the Facebook group, but you'll have to join Howl to access the map tool," he said.Bayside is just one of several neighborhoods testing out the map. Hartofilis said he's set up similar Facebook groups in four Long Island communities, including his hometown of Huntington. He's also made pages for Queens neighborhoods such as Astoria and Forest Hills."Every day we're going to be adding a couple of new towns," he said.The Howl app's interactive map and security alarm are free, but other security devices and services come at a cost. For $7.99 per month, Howl offers a 24-hour monitoring service that will contact authorities on your behalf when you send out an alert. The company also offers security cameras, Hartofilis said.While he eventually hopes to pitch the app to agencies like the NYPD and FDNY, Hartofilis said his main focus right now is building up its audience."We want to show the platform, prove it, and then it will be a lot easier to open up those lines of communication," he said. "We're still very much developing and engaging."