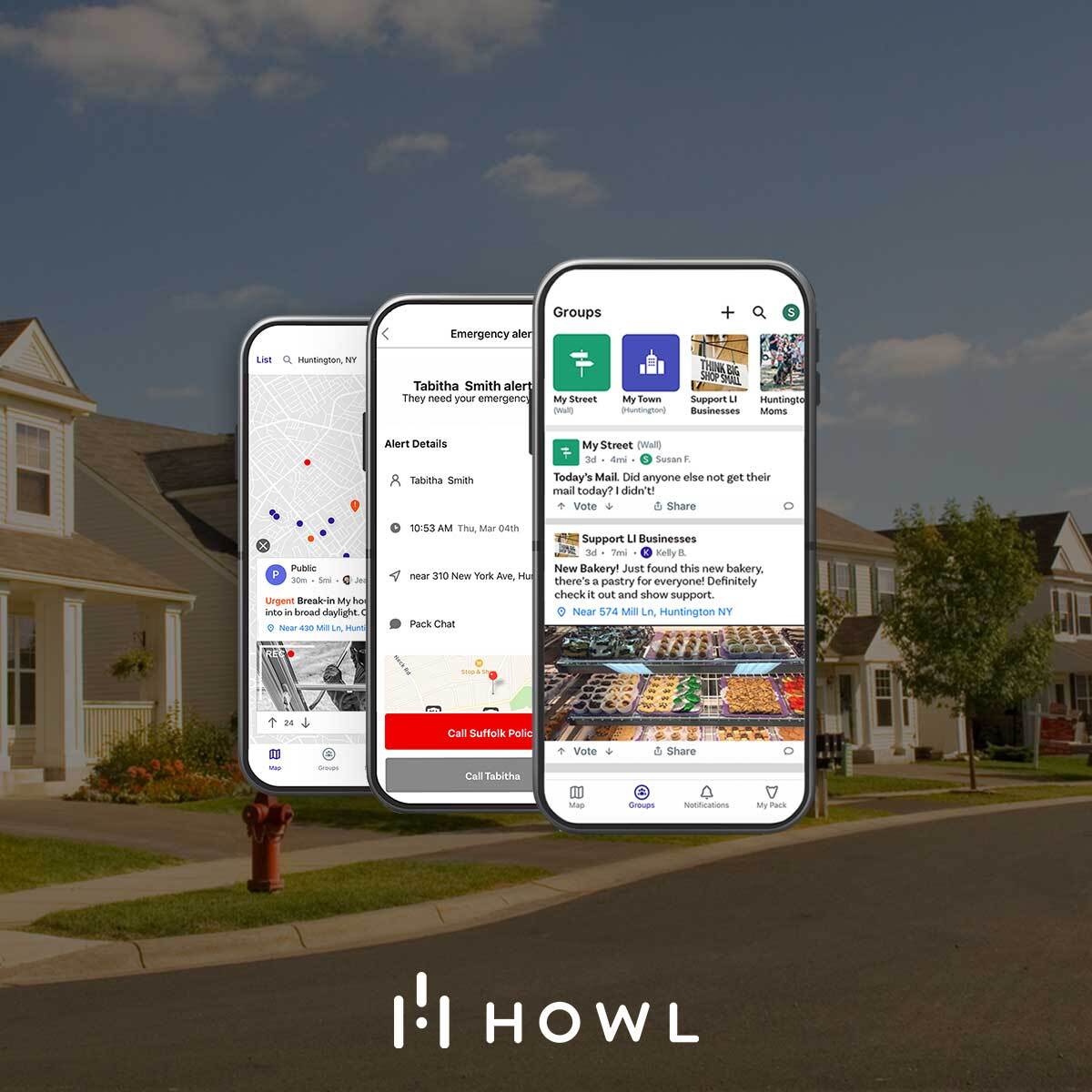 Michael Hartofilis, Howl Founder and CEO, said “safety is a byproduct of being connected to technology and each other. Howl connects people through localized channels and content to make them safer, stronger, more engaged, better informed, and overall more productive in their communities.”

When other online communities are overrun with spam, trolling, negativity, fake accounts, political rants, and polarizing topics that have nothing to do with their local community, Howl cuts through the digital noise of other social channels to connect its users with local, relevant, and urgent content.

On Howl’s interactive map-based platform, neighbors can share and engage with localized content in close proximity to them or their home. Local topics tend to get lost in excessively large “neighborhood” forums, and for that reason Howl connects its users exclusively with neighbors living on the same street via their “Street Channel.” Users have the option to include an exact location in their group posts, and will appear on group members’ maps. Unlike other community platforms, Howl provides the user with the option to include an exact address with every type of post on Howl.

For those that want to engage with their community beyond their Street, Howl also connects users to their Block and Town channels.  As seen on other platforms, these much larger groups have the potential to foray into polarizing topics that have nothing to do with community.  This age-old problem continues to plague the likes of Facebook and Nextdoor, but Howl has found the solution. Instead of allowing algorithms to dictate what is important to a community, Howl gives its users the power to vote. All users are instructed to upvote relevant and positive content that serves their community, and downvote negativity, spam, and political rants into oblivion. Power to the people!

Not all relevant content is created equal. Some messages are extremely time sensitive and carry more weight than others, and for that reason, Howl enables its users to create and share “Urgent” posts. All members of a group receive a push notification and custom ping when an urgent post is shared. Users posting directly to the map have the option to toggle “Urgent” so it will send a push notification to users in a one mile radius of the post.

As well as receiving local content from neighbors, Howl users can also access safety information through 24/7, real-time notifications about nearby emergencies and ongoing incidents directly sourced from their local police department.

The Howl Voice Alert integrates with Alexa, Siri, and Google Home, to instantaneously connect users to their Pack (family, friends, trusted neighbors) in the event of an emergency. A simple voice command; “Alexa, Alert Pack”, will sound an alarm and provide Pack members with the user’s location and contact for their local Public Safety Answering Point (PSAP). The voice alert is free to use and makes home and mobile safety accessible to all.

The majority of home intrusions occur during the day. - 2019 FBI Statistics

“We have four kids running in and out of the house, so during the day our security system is disarmed and our doors are unlocked. My biggest fear has always been of a stranger walking in when I’m alone with my kids and my husband is at work. Howl’s voice alert is always armed, so I feel a lot safer knowing that help is only a shout away.”

“It took me only a few minutes to set up the voice alert on my Grandmother’s Alexa. I added myself, our family, and her caregiver to her Pack, and told her to shout ‘Alexa, Alert Pack!’ in an emergency.  It’s a pretty basic concept and not intrusive like some of these other life alerts out there.  This gives her the independence she wants, and gives us the peace of mind we need.

The Howl App is available for download in the Apple App store and Google Play store. The Howl Alert is currently available as an Alexa Skill, Google Action, and Siri Shortcut to accommodate voice activation. Users can add a Howl Agent to their Pack and access 24/7 personal safety monitoring for $5.99 a month. For more information or to sign up, visit www.howl.com or the App Store or Google Play.